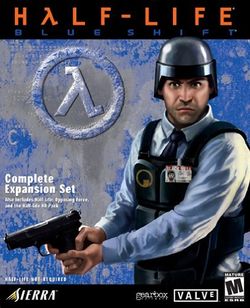 The training chapter of Half-Life: Blue Shift is set in the Training Facility. The "Black Mesa Hazard Course for Security Guard Training" trains the player to effectively use their uniform, how to move around and interact with the environment and how to use weapons. Scientists (such as Rosenberg) can be seen watching the player during the training. 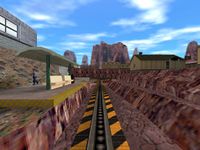 As a seemingly normal day at work starts, Barney visits security headquarters, including a shooting range and a surveillance room where it is possible to see Gordon Freeman again on camera heading towards the HEV Storage Area. Barney is then sent to help some scientists with an elevator; along the way, he witnesses many incidents foreshadowing the Resonance Cascade, such as a pair of scientists vainly trying to fix a supercomputer. He also sees the G-Man passing by in a tram. After repairing the elevator, the Resonance Cascade occurs, causing the elevator to jam, the cable to snap, and sends Barney and two scientists plummeting down the shaft as chaos breaks out around them. As the elevator collides with the bottom of the elevator shaft, Barney falls unconscious. 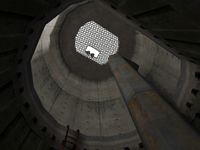 Barney regains consciousness at the bottom of the elevator shaft to the sight of a Houndeye eating the body of a fellow security guard. The two scientists in the elevator are dead, and so Barney sets off through the industrial waste areas of Black Mesa to try to find help. Along the way, he gains an insight into the scope of the disaster, and sees a pair of marines dumping corpses into a sewer opening, thus discovering that the military is trying to cover up the disaster rather than evacuate surviving personnel. 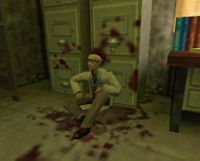 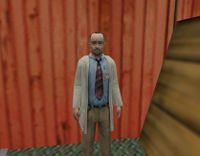 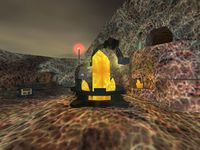 The name of this chapter comes from the physical term focal point. In optics, a focal point is the point at which initially collimated rays of light meet after passing through a convex lens or reflecting from a concave mirror. 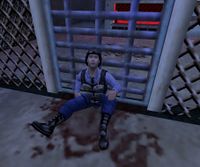 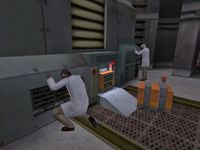 Finally nearing escape, Barney helps operate the simpler parts of the teleport to get all the scientists through. Once the scientists escape, he faces some HECU resistance before finally teleporting himself to the other scientists.