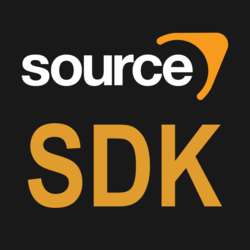 The Source SDK is a collection of applications used for developing maps and modifications for games that use Valve's Source engine. Along with the packaged programs, the SDK also includes source code for the engine and various entities used within the games.

The Source SDK contains many programs useful for editing Source-based games, such as Half-Life 2. It also contains the source code for Half-Life 2, which can be edited to introduce new entities, NPCs and vehicles or left as is and used as a base.

Currently, the SDK supports two versions of the Source engine: the version used in Half-Life 2: Episode One and the one used in The Orange Box.

The SDK is made up of various tools, some of which are accessible from a menu. The major tools are listed below.

The Hammer World Editor is used to design and script maps used in games and mods. It allows the user to create brushes of various shapes and model them accordingly, as well as place and control entities via the I/O scripting system.

Its icon is a green hammer encased in a blue stone wall. 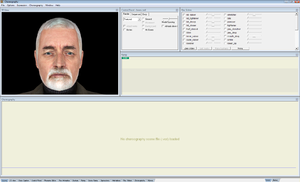 Face Poser is the tool used to access and sequence facial animations and choreograph scenes. It is used to create in-game animation sequences, and for adding dialogue to maps.

Its icon is the hairless head of Alyx Vance's model next to a yellow Lambda logo.

This tool is used to:

The Model Viewer is a program that allows users to view models.

The Model Viewer is primarily used for viewing models. It has the option to show just the model, with various adjustments such as shadows and texture options, however there are options to view models with their corresponding animations, attachment points, bones, and other features.

Its icon is a wireframe view of the Fast Headcrab model above a yellow Lambda logo.

The SDK also contains tools that can only be accessed via the program folder. studiomdl.exe is used for creating models to be used in Source games. bspzip.exe packs content into the finalized map file so that it is extracted on run. vtex.exe converts image files into Valve Texture Files and Valve Material Files (.vtf and .vmt).