The Source Particle Benchmark, also known as the Multicore CPU Particle Simulation Benchmark, is a late 2006 benchmark which introduced some of the new and more advanced features of the Source engine and Valve's hybrid threading technology, such as dynamic shadows and particle-based effects, and their performance on multi-core processors. It contains several scripts, models, textures and a single demonstration map where five rooms can be visited, four of which containing particle effects. As part of a larger series of several benchmarks (see below), it was given by Valve to some visitors at GDC 2007,[source?] as well as other people.[1]

The central room, with the button. 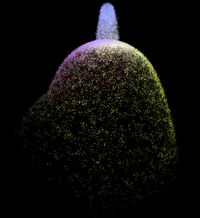 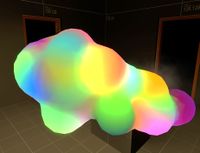