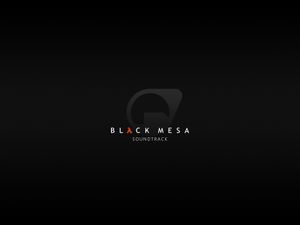 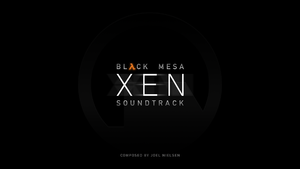 The Black Mesa soundtrack was composed by Joel Nielsen. It consists of two albums, the first one featuring the tracks from the earth-bound portion of the game with all the Xen-related tracks released later in the second album. Both albums were released before the respective parts of the game, they can be listened for free on YouTube or bought on several other platforms. The tracks can also be obtained by navigating to steamapps\sourcemods\BMS\sound\music in the mod, or extracting the steamapps\common\Black Mesa\bms\bms_sounds_misc_dir.vpk archive file of the Steam release with an appropriate program.

The first album was released on September 2, 2012, two weeks prior to the mod release. It was later updated with an early version of a track used in On A Rail later in 2012,[1][2] and with a new track made for the updated Surface Tension in 2016,[3] these additional tracks are only available on some of the platforms.

The first two tracks of the second album to appear in Xen became available on YouTube with release of the Xen Technical Beta on June 25, 2019,[4] with the larger part of the whole album releasing on August 1. It was later updated with three additional tracks, Interloper, Catalyst and Event horizon, as well as minor mixing adjustments of Shadows of Death, Harbinger and Ascension. On November 25, the soundtrack was updated again with adjustments to The Hunting, Respite and Nihilist, and two new tracks – Resonance and Ascension Reprise. As with the Xen chapters themselves, the Xen soundtrack is only available in the game's Steam release.

** = not present in a given soundtrack.