"Please be advised that a noticeable taste of blood is not part of any test protocol but is an unintended side effect of the Aperture Science Material Emancipation Grill, which may, in semi-rare cases, emancipate dental fillings, crowns, tooth enamel, and teeth."
― GLaDOS[src]

The Aperture Science Material Emancipation Grill, also known as Emancipation Grid, Portal Fizzler or simply Fizzler,[2] is a testing element and anti-thievery enforcement generally featured directly before the conclusion of a test chamber in the Enrichment Center.

In test chambers, the grills serve as a means of challenge and resourceful thinking, whereas in administrative areas and at the entrance of the Central AI Chamber in Portal, it is used to prevent staff from stealing Aperture products. 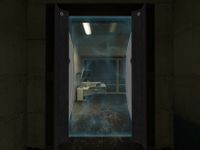 A grill guarding a maintenance area in Portal 2. 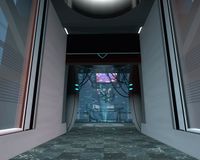 A grill in Portal, right before the Central AI Chamber. 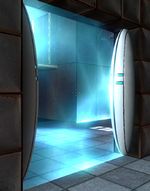